It’s National Soy Foods Month (#SoyFoodMonth)It is important first to note that soy is one of the “Big Eight” allergens, that group of food allergens that causes over 90% of allergic reactions in people with food allergies. While soy is a big eight allergen and should be taken seriously, statistics suggest that soy may not be as equally dangerous or consequential as other allergens, such as milk, which accounts for 80% of food allergies and intolerances, worldwide.

Remember to Treat Soy as an Allergen – Because it is one

The Soyfoods Association of America says, “The College of Allergy, Asthma, and Immunology estimates that only 0.4% of American children under the age of 18 are allergic to soy. Although soy is listed as one of the eight major allergens requiring strict labeling, it occurs much less than the other seven. Researchers have also found that nearly 70% of children outgrow their soy allergy by the age of 10.”

What this means is those preparing and serving dishes with soy should be extra careful to not cook, handle, or clean their soy and soy products on anything that will come into contact with food or anything else that has not made contact with one of the big eight food allergens. Dishes containing soy or other big eight allergens must be separated to avoid cross-contamination. And everything, of course, must be labeled with clear and obvious signage so guests know what they’re eating.

Soy is an Environmental Choice Too

In our world, it is important to look at the environmental impact of everything we do, including everything we eat – from the time it was first grown or nurtured to the moment it reaches our plate.

When it comes to soy, the World Wildlife Fund says, “The soy industry is feeling the brunt of climate change – but it is also contributing to the problem. The expansion of soybean plantations is often at the expense of valuable forests or other native vegetation, meaning that the carbon storage services they provide are lost forever. This disrupts the balance of the climate and contributes to global climate change.”

Of course, this is part of a much more complex picture related to how we produce and consume food. But it’s worth noting the impact of soy on the environment. A whopping 90% of all soy is fed to livestock factory farms, according to Mother Jones.

Livestock is a serious presser on the long-term health of our planet. The UN says it is directly or indirectly responsible for as much as 18 percent of global greenhouse gas emissions. So, carbon-conscious vegetarians, soy enthusiasts, and creative chefs experimenting with the many uses of soy can all make the decision not to eat or to reduce meat consumption with the added confidence that statistically, soy CAN be a global good when it isn’t feeding livestock.

There aren’t many “myths” about soy per say, but the common perception is that it isn’t tasty or it can’t be used to make a real meal. Others think it’s primarily used in Asian countries and its only place in North American dishes is as a meat substitute. That is far from the truth. Soy isn’t just a filler ingredient used by veggies and vegans.

Soy is actually a delicious food that has evolved over the past few decades into a delectable protein option that can be transformed into some of the most flavorful meals one could taste.

Please also keep in mind that soy is one of the eight most common genetically modified foods. I recommend reading the label and making sure you source non-GMO soy just to be safe. National Soy Foods Month is a great opportunity to learn more about labeling and soy.

Here are a few recipes courtesy of the Soyfoods Council

Whatever you’re in the mood for, and whatever your reasoning is for looking into soy to fill your next plate, keep celebrating National Soy Foods Month by living the healthiest, happiest life possible. 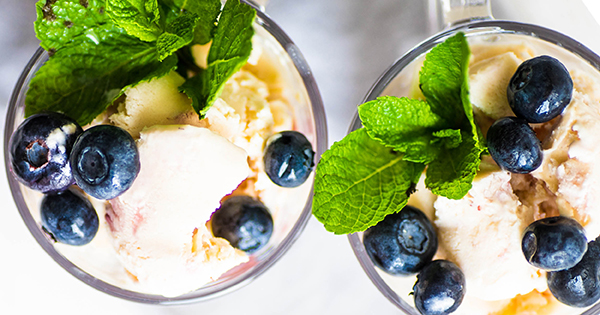