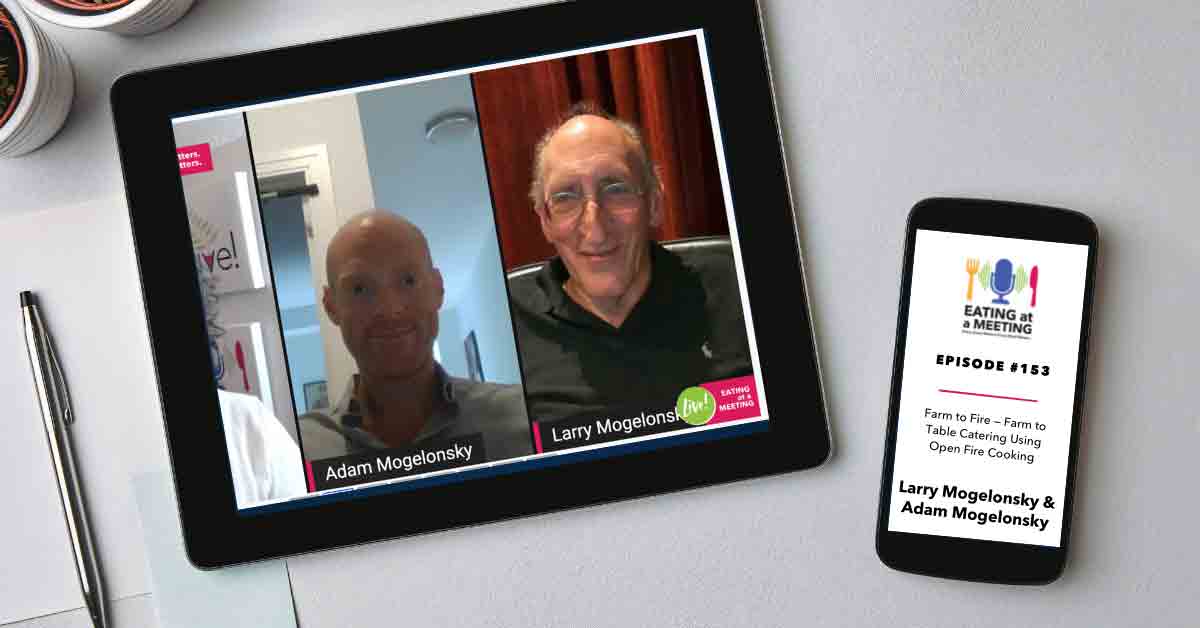 Eating at a Meeting Podcast Episode #153

The Biggest Trend in Hotel Food & Beverage is Labor 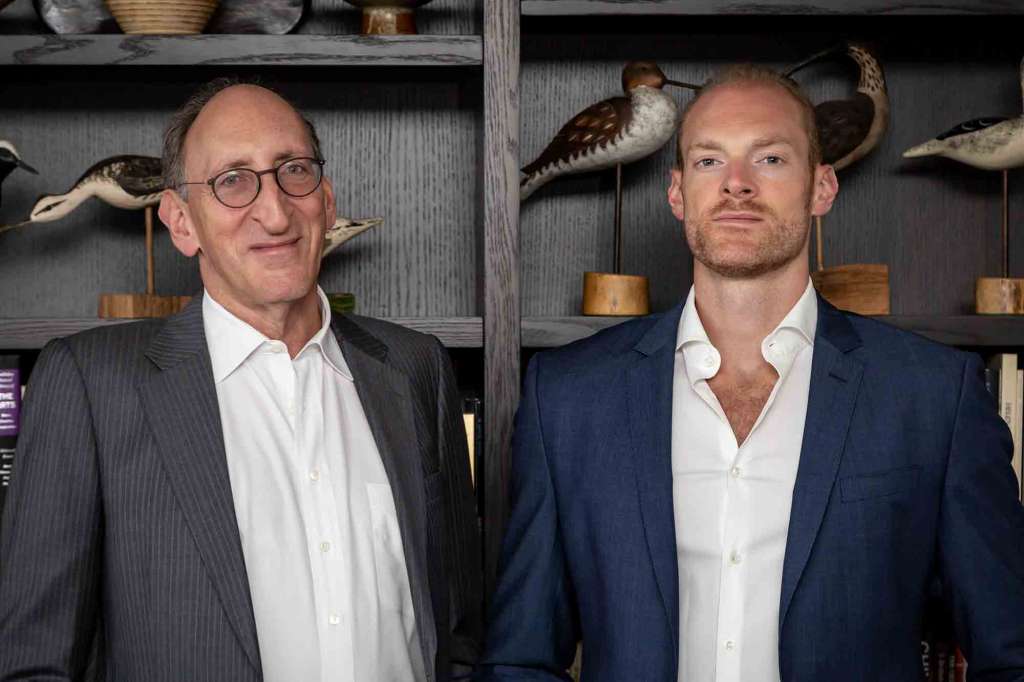 As the partners of Hotel Mogel Consulting Limited, a Toronto-based consulting practice, Larry Mogelonsky and Adam Mogelonsky are a dynamic duo whose mission is to “write about the world of hotels and try to make hoteliers understand that there’s more to their life than just counting the number of bread rolls in a basket.”

Their 40+ years of joint experience consulting with and staying in hotels, Larry and Adam are going to talk with Tracy about the best big trends for hotel food and beverage, how are onsite F&B operations are adjusting to the growing consumer demands and how to enhance the guest experience.

What do safe, inclusive & sustainable food and beverage experiences look like to you?

Larry — Safe means that that all reflects the individual. So if a basic situation, no peanuts that starts with safe no one is you should have a peanut free food for everyone because anaphylactic shock is very serious and can be extremely harmful.

Safe also means ensuring that the cleanliness is above and beyond. We were at an event several years ago, where everyone at the table except me got food poisoning, I did eat the salad, which was, which was actually plated. And down on the table and a hint from from my standpoint, if some food is already on the table, I will not eat it. I want it serve to me, because I don’t know how long it’s been there. But in this particular event, and I won’t mention the name of of the, the location 58 cases of food poisoning out of 120 people sitting. And this was a quality location.

So food safety, number one, number two, safety for very serious issues such as No, no peanuts. Safety also means comfort to the individual. Which means that yes, you have a vegetarian option. Yes, you have a a if you’re serving meat, you have a fish option. And yes, you know, all of the ingredients that take place in every single one of your items that you’re serving, so that in just in case something happens, you’ve had a proper amount of preparation that you can give to individuals who are concerned about safety.

Adam — Well, moving on to sustainability, I’d say that sustainability is something that people want on both sides, customers and hotels recognizing it, it’s also something you can mark it and charge more for. So an example we have here in Canada is ocean wise, for sustainable fish, you slap on an ocean wise logo, because you partner with them. And all of a sudden, you can charge you know, 10 -15- 20% more for a cut of a cut of fish. And people appreciate that because they know that you’re, you’re managing things sustainable.

But if their food cost is $25, the standard in the industry is a 23.5% food cost that standard. So means if you just say 25%, that means they have to charge 100 bucks for that steak, they can’t charge 100 bucks for that state, they’re only gonna charge say 65 or 70, which is even at the upper threshold, which means that already their margins are being impacted. It is no longer a matter of looking at at food and figuring out the price points for to make your profit is looking at food prices for survival

The next issue is, of course, with sustainability is the zero waste movement. So it’s not just a matter of using beets, but using beet root greens. So you’re using the green portion of it, and you’re using the entirety of that vegetable or even on the meat side, nose to tail, which is you know, it’s not just, it’s finding interesting ways to incorporate organ meats, which are actually very healthy. And other parts of the animal, not just the prime cuts of steak.

In terms of upcoming trends for the future, one that hasn’t caught on yet, but will have to be as its governments are going to start to get involved is invasive, invasivorism. So we have, we already have these unnaturally introduced species that have taken over ecosystems. So here in North America, we have the four species of Asian carp, that are rampaging through the Mississippi. And then in the Great Lakes system, we have zebra mussels. So right now they’re sort of taboo to put on the menu and Asian carp is slimy. Plus, it has a double spine, so it’s harder to fillet and get a nice looking cut. But eventually, through government subsidies and just general ramp up of awareness, Asian carp could become the primary thing that people are eating simply because it isn’t interfering with the National natural ecosystem. And in fact, eating Asian carp is helping the environment instead of detracting from it.

Can you one of you pipe in on what you’re seeing right now with hotel food and beverage?

Adam – The biggest trend that we’re seeing, to summarize it in a word and in food services, labor, the people are just not there. It’s tough to bring new people back online fully trained them not only in the brand standards and what’s on the menu, but real genuine service, it requires a you have to have a passion for it. And some people just aren’t motivated that way. So a lot of hotels, or hotel restaurants and just regular restaurants are suffering to fill spots, and to plan ahead on the labor side in order to fulfill and stay open for a full amount of hours. So you know, like right now, I’m in downtown Toronto, and I want to host still find a spot for lunch meeting. And a lot of the places that I would normally choose aren’t open for lunch, they’re only open for dinner because they don’t have the labor to open for lunch. And they would prefer to have have dinner because there’s more alcohol, which means more more dollars per cover, and more tips to incentivize the labor. Good point.

Larry – I just got back from a one month trip to Europe and working with hoteliers across the continent….And the feedback that I received was straightforward. You really have a balancing act, they have to deliver either a they elect to reduce service, or be they close outlets. So in many cases, they have two or three restaurants, they go down to one less. So they coordinate their staff in a smaller location. They’re giving up revenue, of course, but they’re getting service levels. Universally. The big question is, Where did everybody go?

A few trends I saw in Europe, which which would be an interesting applicability to North America was the fact that the rates that they’re showing include tips, so they say, if you wish, you can tip extra, but we’ve already included a tip in the dollar amount of the serving.

The other thing I noticed is that prices have rocketed on food. What if anyone listening has gone to a supermarket and looked for a grade AAA or quadruple a or prime, whatever they call it, steak, you’ll note that prices are $20 plus per pound, maybe even higher, maybe 30, or 40. Now, take that particular steak, bring it into a restaurant, admittedly, they’re buying wholesale, so they’re getting a little bit of a better price. But if their food cost is $25, the standard in the industry is a 23.5% food cost that standard. So means if you just say 25%, that means they have to charge 100 bucks for that steak, they can’t charge 100 bucks for that state, they’re only gonna charge say 65 or 70, which is even at the upper threshold, which means that already their margins are being impacted. It is no longer a matter of looking at at food and figuring out the price points for to make your profit is looking at food prices for survival….

Having run the latest business that way back in the day is when I Adam wasn’t even born actually. Or maybe he just was I can tell you that the people at PepsiCo foods know pricing better than anyone else on Earth. They’re geniuses. So if they’re passing that price along, I can tell you it’s because their costs have moved. They are they don’t do this without any in-trepidation.

What about inclusion? What do you think that word means when we think about food and beverage?

Larry – Well, inclusion in my mind means ensuring that all of your guests have food that they can eat, that they feel comfortable. Now, of course, you have people who are say, very strict and halal or kosher. We have to manage those issues, you have people who are vegan, and vegetarian, you have to manage those as well. So inclusion means finding a way with your menus that every person who is attending can be fulfilled with with some substance. And that doesn’t mean reducing quality at any time, either.

Adam — I’d add that with conclude with inclusion if there’s also a cultural aspect. And that is you have to have the proper staff training. So that way they know that there’s going to be people with different diets coming in and they have to be trained and to know to be empathetic to those diets as well.

What do you wish people knew about what you do?

Eating at a Meeting is part of the Nitty Grits Podcast Network. 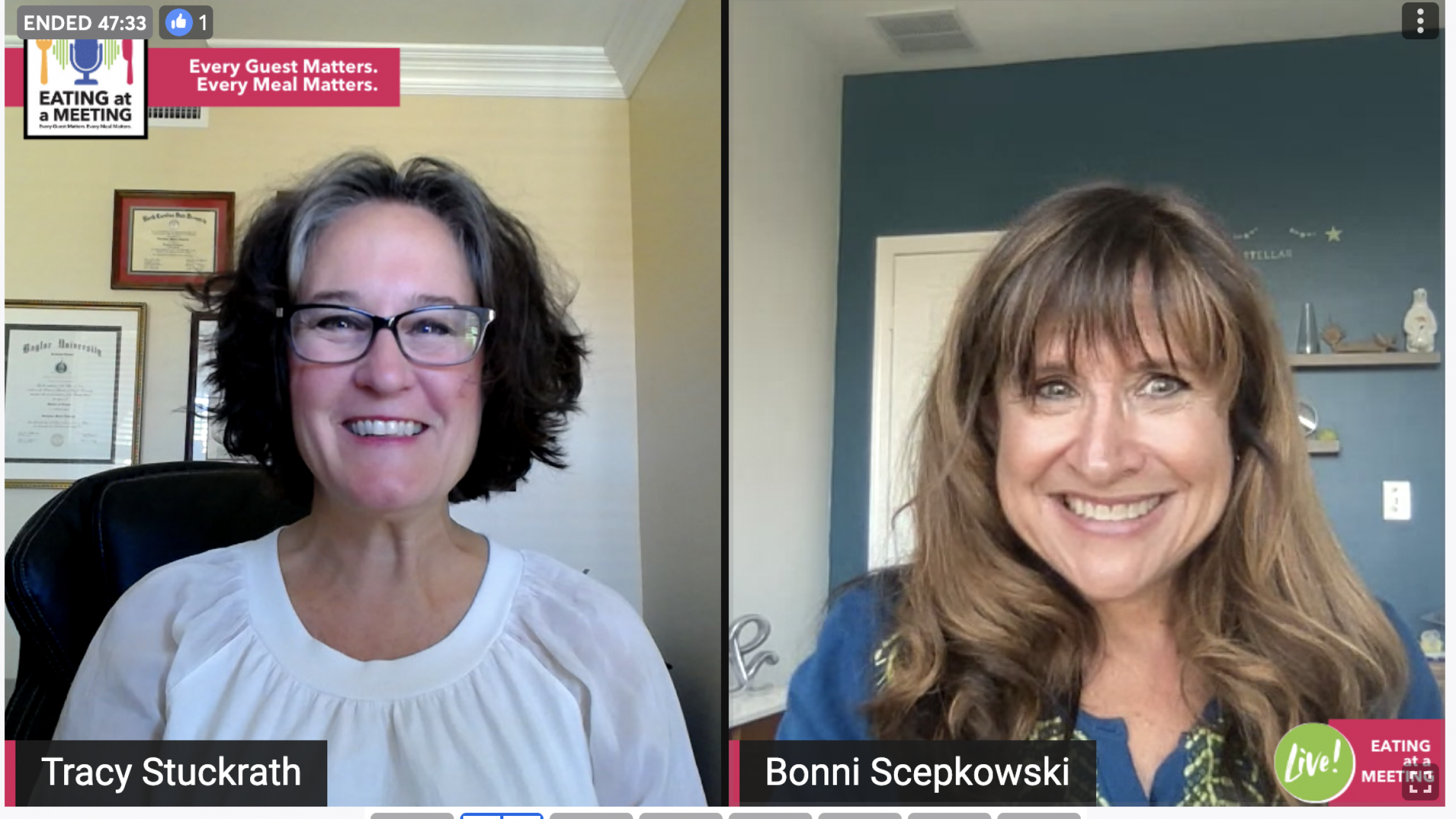