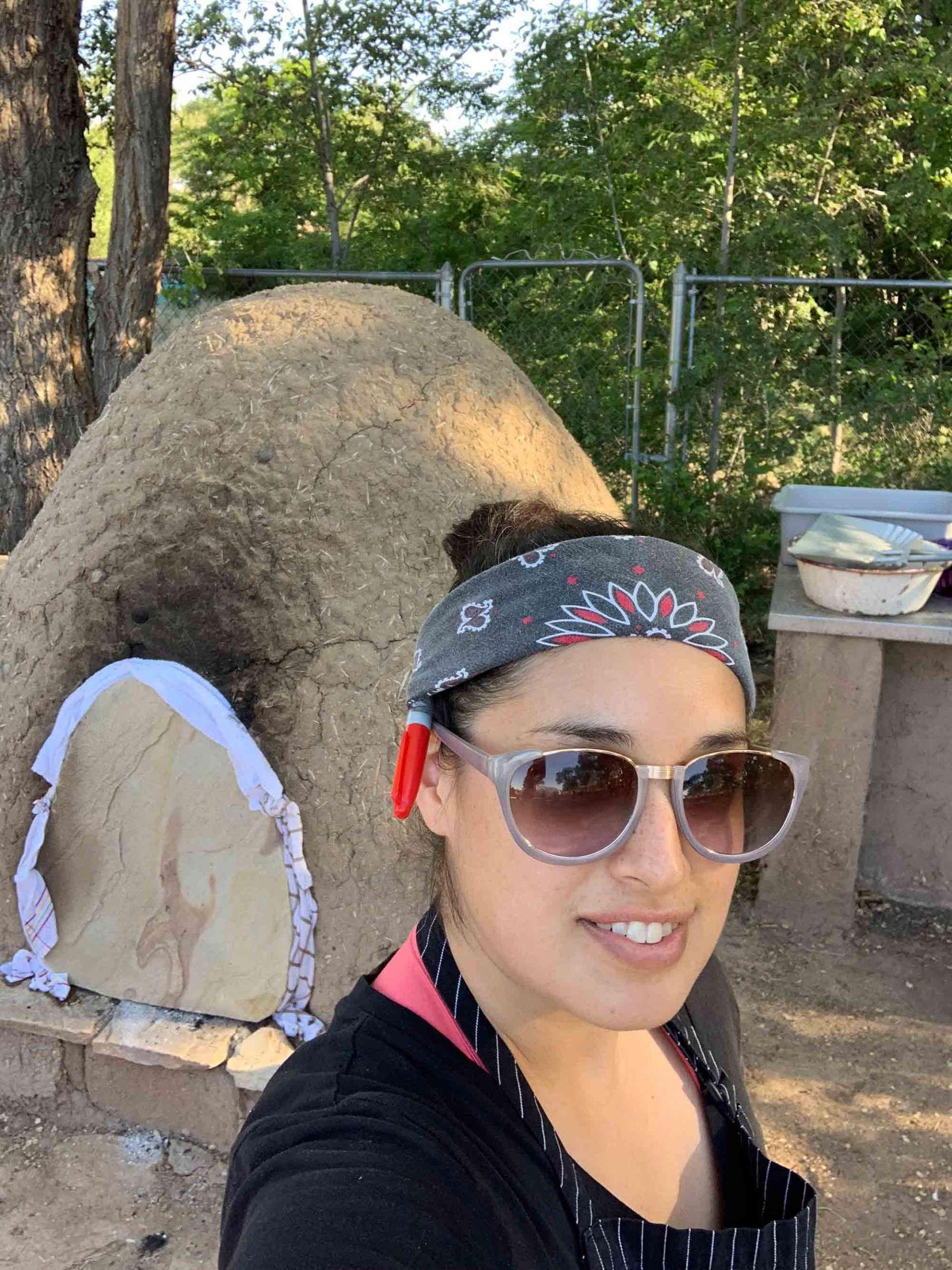 Chef and caterer Hillel Echo-Hawk infuses her food with a passion for foods that are native to pre-colonial America.

One of the women who are making history with their work in the food and beverage industry is chef Hillel Echo-Hawk, founder of Seattle-based Birch Basket, an Indigenous-based foods private-chef and catering company. While her main love is providing healthy and sustainable food for her clients, she also never misses a chance to educate people about foods that were native to North America before the Europeans arrived — which is all she uses in the dishes she produces.

To help spread the word about these foods, she joined the I-Collective, a group of Indigenous chefs, activists, herbalists, and seed and knowledge keepers that is dedicated to highlighting not only historical Indigenous contributions, but also promoting that community’s resilience and innovations in gastronomy, agriculture, the arts and society at large. One way it does this is to bring the concept of using Native foods to conferences and events.

Strong Women Run in Her Family

Hillel, who is of Pawnee heritage and grew up in a large family in Delta Junction, Alaska, has both a love of cooking and a fighting spirit in her DNA. “My grandmother on the Athabascan side was Katie John, the village elder who led the lawsuit against the state of Alaska and the U.S. government to protect the subsistence fishing rights of Indigenous people.

“I grew up watching her fight as the state and the Supreme Court basically tried to say, ‘We’re not going to recognize your right to do something you have been doing for thousands of years.’ To see her win really sparked a fire in me.”

Hillel also drew inspiration from her maternal grandmother, who had a stroke that left her paralyzed on one side when Hillel was just 11. But she still managed to make meals from her electric wheelchair. “Seeing this 82-year-old woman show her love by cooking for her family made me think that I could be a cook too,” she says, even after she was diagnosed with epilepsy in her early teens. The disease did take a toll on her, but once she got the proper medication and learned to eat a properly balanced diet, Hillel was ready to pursue her ambition of becoming a chef.

She worked in several restaurants, but never quite found the right fit, so she decided to start her own personal chef and catering company.

Seeing this 82-year-old woman show her love by cooking for her family made me think that I could be a cook too.

She only works with native American foods: “This means no eggs, no chicken, no beef, no wheat, and no milk — nothing that was brought over by colonizers,” she says. “If it isn’t original to North, South or Central America, we don’t use it.” What she does use is “everything we have hunted and fished and foraged for thousands of years.”

She originally started Birch Basket to cater to Native events, which is actually something she had been doing in an unofficial way for several years before formally launching her company. Now she caters for corporations, conferences and events of all kinds, and is even doing her first wedding this fall, she says.

As to how she would like to go down in history, she says, “I want to be remembered as someone who fed her people good food” and connects others to her Indigenous heritage and the heritage of the Americas as well. When she caters private dinners, she usually includes an explanation with each course. “When I tell them I foraged the blueberries from my village in Alaska, their eyes get really wide.” 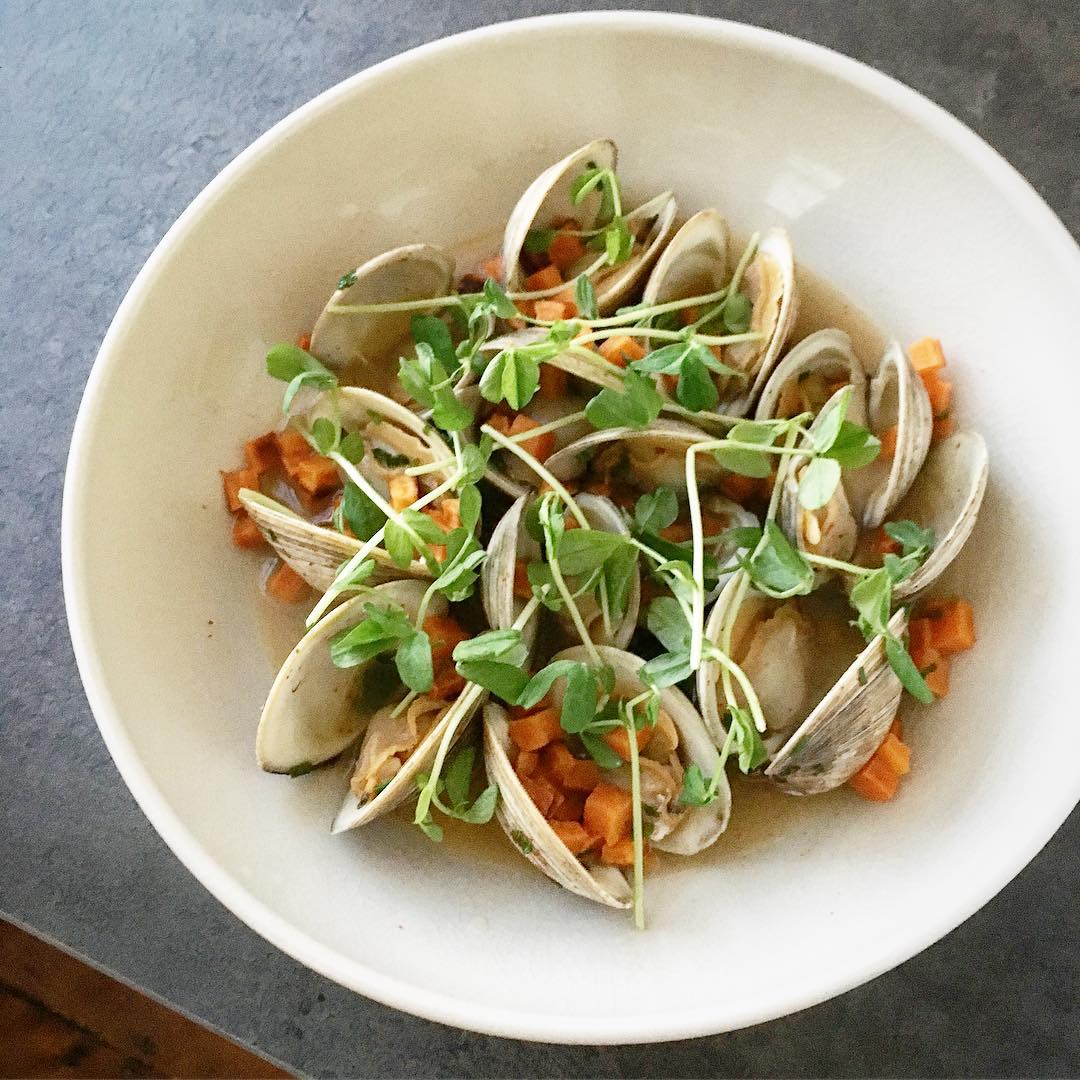 “Food is a connector,” she says, adding that she also wants to help connect Native people with their traditional foods, a connection all too many have lost to the detriment of their health. Indigenous people today tend to have high rates of diabetes, cancer and heart disease, she says. “That is all due to what we’re eating, the commodity foods that were brought onto the reservations in the 1800s.”

Part of what attracted her to join the I-Connection — in addition to getting to know and learn from some of her heroes, including Neftalí Durán, M. Karlos Baka and Twila Cassadore — is having the opportunity to educate people about the history and government policies that have led to deteriorating health for many of today’s tribes.

But change is difficult, especially for tribes that are still fighting to achieve policy changes that will enable them to accommodate what their tribal appetites used to be. And the will to change also can be hard to come by, especially for elders who only trust food that comes out of a can after years of not having access to edible fresh fruit and vegetables. But she draws hope from the younger tribal members, who are more receptive to the idea of healthier ways of eating.

That love of change, together with her long lineage of strong women, may be why Hillel, when asked who she would invite if she could have anyone she wanted over for dinner, chose Supreme Court Justice Ruth Bader Ginsberg. Why? “Because she is awesome. I would love to talk with her about all the things she has done for people.”