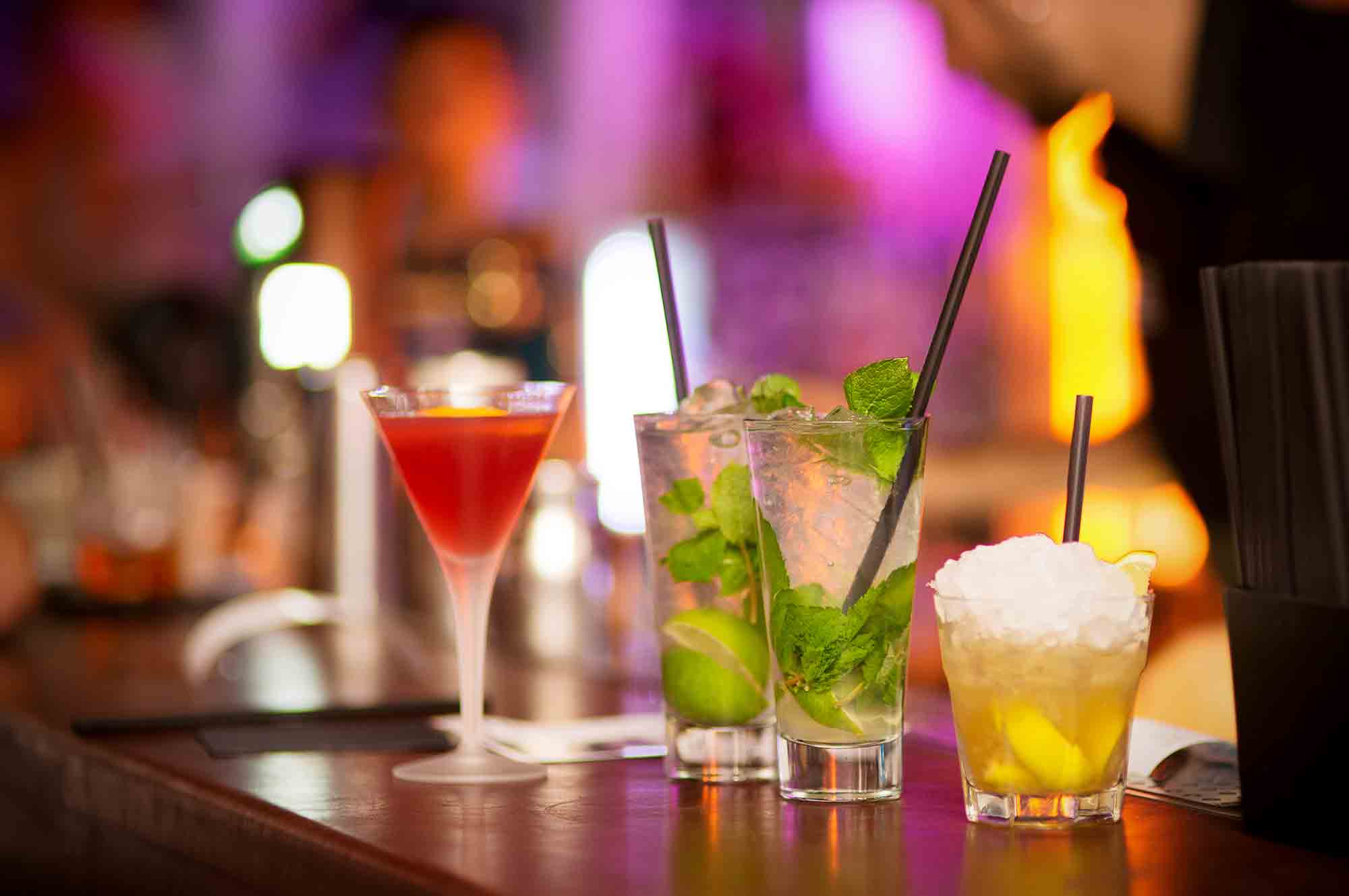 While beer, wine and cocktails remain important social lubricants for group events, today’s increasingly health-conscious attendees would love to have some low- and non-alcohol options that look just as enticing as that signature margarita.

Remember when the morning break just consisted of coffee and pastries? It might have been easier to plan, but a menu limited to caffeine, sugar and empty carbs won’t fly with today’s health-conscious attendees. That’s why today’s break tables tend to offer up a smorgasbord that includes, yes, some sugary confections, but also no-sugar, no-carb, gluten-free, protein-packed options. An added bonus to providing healthier food options is that attendees who choose to partake of them tend to be more alert and attuned to learning when they’re not riding a sugar and caffeine roller coaster.

Why is it, then, that when it comes to the evening reception, we tend to pile on the alcohol options and skimp on beverages that would not only support the healthier lifestyle many attendees are living nowadays, but also decrease the number of hungover attendees limping into breakfast the next morning? Why do we greet them with waiters bearing trays of beautiful signature cocktails, but no corresponding non-alcoholic options? Why do we limit the choices of non-imbibers to water or sugary sodas, instead of beverages crafted to be as celebratory and fun as the alcohol cocktails? 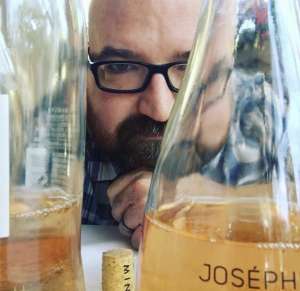 I recently talked with Joe Herrig, a certified sommelier who works with a beverage wholesaler in the Atlanta area, mainly in the wine and beer market. While alcohol is and likely always will be a popular and integral social lubricant, he has noticed a growing interest in low- and non-alcohol options. As part of his ongoing diploma studies with the Wine and Spirit Education Trust, Joe decided to look into what is driving this trend. He shared some of his research with me, along with what it could mean for meeting and event professionals.

Not surprisingly, the same factors that are driving healthier menus are also driving the low- and no-alcohol trends, he says. Part of it is generational, with younger generations being increasingly conscious about what they put into their bodies (as evidenced by ingredient label transparency, organic labeling, non-GMO, etc.). Furthermore, today’s young consumers were raised under a greater umbrella of social responsibility initiatives than their elders, offered by groups like DARE and Mothers Against Drunk Driving, lower DUI limits, and higher drinking ages.

But it’s more than just generational: both in the U.S. and in Europe, “wellness” has moved from a fringe trend to one that is integrated into everything — even McDonald’s now offers a plant-based burger. “Part and parcel with that wellness movement are social campaigns like Dry January, which started virally in the UK several years ago and is now a significant event worldwide,” Joe says.

“People want to go out and enjoy themselves with an adult beverage that tastes sophisticated, but maybe they don’t want the buzz that goes along with alcohol, whether their motives are wellness-driven, a factor of social responsibility, or both,” he says. “Until fairly recently, your options were mainly water, high-sugar, high-calorie soft drinks, or “virgin” cocktails. But that is changing. Along with a push for more choice, the quality of the options is as-important to this discerning demographic.”

Beer: While non-alcohol beer has been on the market for a while, most hard-core beer drinkers wouldn’t consider that viable option (and most actually do contain small amounts of alcohol, which puts them off-limits for people with alcohol dependency). But new options coming on the market now, such as Heineken’s 0.0, apparently, taste pretty much like the full-alcohol version. To show just how mainstream a no-alcohol product could potentially be, Heineken’s ad campaign for 0.0 features no less than Daniel Craig reprising his role as James Bond, who swills a Heineken 0.0 instead of his usual martini in a tie-in promotion with the upcoming Bond movie “No Time to Die.” Joe says we can expect to see more non-alcohol beers coming from Europe, and doing well, building on the success of Heineken 0.0 (he has already seen good success with Bitburger Driver and anticipates similar success from Weihenstephaner Non-Alcoholic, both from Germany). Not to be outdone, offerings are starting to emerge from the domestic craft space, such as newly-released Brooklyn Brewery’s Special Effects , a hoppy brew that has less than .5% alcohol by volume. “It tastes shockingly like a good pale ale,” says Joe.

Wine: “Without a doubt, the biggest trend in wine has less to do with alcohol level, and more to do with composition,” says Joe. “The growth of the ‘natural wine’ phenomenon makes a lot of sense when one considers the desire of many of today’s drinkers to know what is going into their bodies.” The concept of natural wine can be vague, but it is a catch-all term to describe wines that have been made with responsibly-grown grapes (organic or otherwise), minimal pesticides and herbicides, minimal additives (such as sulphur dioxide, which is often critical to prevent spoilage), native yeast fermentations, etc. There are producers making wines in this style worldwide, and — while there is much debate within the wine community over the merits of making with this way — a loyal and dynamic following is driving this trend, and this once-niche subcategory is here to stay.

As far as alcohol content is concerned, most no or low-alcohol wines begin as regular, alcoholic wines, he says. “So much of the flavor comes from the processes that happen during fermentation; a lot of the intriguing flavor compounds we love rely on yeast and sugar combining, with ethyl alcohol being a main byproduct.” Once the wine is made, it can go through any number of highly scientific processes — reverse-osmosis and vacuum steam distillation being the most notable — which allow you to pull some or all of the alcohol out without damaging the wine’s flavor. One of the best known non-alcohol wines is Fre, though there are several others on the market as well.

Beyond non-alcoholic wine, these processes can also be employed in reduced alcohol, reduced calorie options, such as those offered by Skinnygirl and FitVine, which have made some impact of late. But Joe believes the real action is in a stylistic change that starts in the vineyard, with grapes being picked for lower potential alcohols, resulting in fresher, less-high-alcohol styles. While the big, blockbuster wines bursting with oak and fruit flavors are still a staple, he sees a trend turning toward wines that are a little more food-friendly, a little lower in alcohol, a little more balanced. “Not everyone is jumping on this trend, but I do see more coming back to wines as refreshment,” he says. 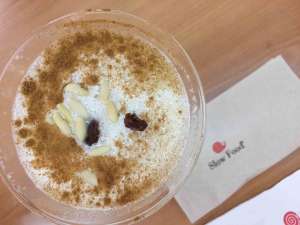 Spirits: “I find what’s happening with non-alcohol spirits fascinating,” Joe says. “Since 2018, over 40 brands from 15 countries have entered the market. And that’s based on research I did months ago. There could be more now.

“They are marketing these as sophisticated beverages for those who don’t want alcohol,” he says. Some brands are trying to replicate the “burn” of alcohol by adding ingredients such as hot pepper extracts, while others aren’t trying to replicate any of alcohol’s effects but are simply creating beverages with sophisticated and complex flavors for adults to enjoy when they don’t want to drink alcohol. And the processes are sophisticated as well.  The highest quality products start with a base alcohol that is macerated with spices, herbs, and botanicals.  During distillation, rather than keeping the alcohol that has evaporated off, the remaining flavorful, alcohol-removed liquid is what is kept.

One of the brands to watch in this area is Seedlip, which offers spirits made of spices, peels, barks, vegetables and herbs, along with a list of sophisticated cocktail recipes. Ceder’s is another name making waves, making what they refer to as “alt-gin.” This trend has commanded some notice in the market, and major players have taken notice. Seedlip and Ceder’s have recently received investment from beverage giants Diageo and Pernod-Ricard, respectively.  Many more brands are sure to become more familiar in this fledgling category.

How Planners Can Get in on the Trend

Joe, who as the spouse of a meeting professional is experienced in planning beverage needs for group events, says it’s actually not difficult to ease in some low- and no-alcohol options without making a big deal out of it. For example, in addition to planning heavy and light red and white wine options, you can include a reduced calorie, reduced alcohol option as well.

“A big part of providing an outstanding customer experience is giving people options. Providing a carefully curated offering that has something for everyone creates an experience where the convention-goer feels comfortable and doesn’t have to make a million special requests,” he says. “That’s a good way to introduce it — just give them a choice.”

For wines, this can be as simple as listing the wines with alcohol by volume: “Just let them know this rose is 12% ABV, this California chardonnay is 14% ABV.” Just as we have grown used to that little “GF” or “V” on food menu items to denote what’s gluten-free or vegan, wine lists can include ABV information so people will be able to make an informed choice without having to ask a lot of questions or call attention to themselves.

The big takeaway, he says, is that, while alcohol is not going away, there is a need for low- and non-alcohol alternatives that are just as celebratory, festive and fun as traditional beer, wine and cocktails. “It’s exciting to see all the high-quality options we have now in distilled spirits, beer, and reduced-alcohol wines,” he says. “It gives us another way to put the guest experience first by providing more sophisticated non-alcohol options for those who don’t wish to drink alcohol at the event.” 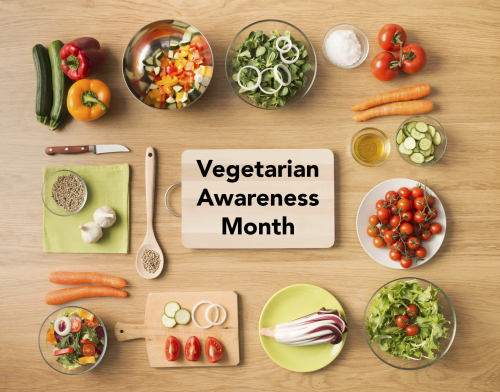