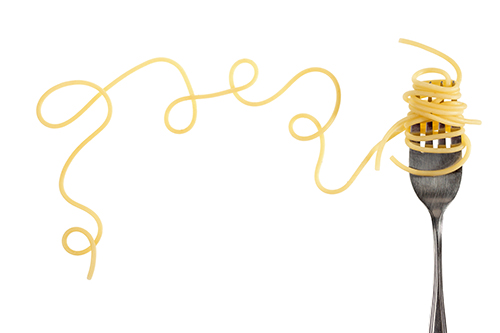 Noodles: A Food Staple of Many Forms

It’s National Eat Your Noodles Day (#NationalEatYourNoodlesDay). Who comes up with these specialty days, I do not know, but I’m going to go with it today. Especially since what you think of as noodles might be different than the guy next to you.

According to the Oxford dictionary, noodles are made from flour paste into very thin, long strips of pasta. Once cooked, they can be eaten in soup or with sauce. When you take my friend Chef Gloria Smiley’s pasta making class, you learn that pasta is simply white flour and egg. From that you can make any noodle shape you like, including spaghetti, tube, shells, angle hair, bow tie, ziti, macaroni, shell, ravioli, manicotti, elbows, etc. Check out this list of more than 600 pasta shapes.

While the U.S. FDA declares that to be called a noodle, it must contain, by law no less than 5.5 percent of egg, there are many forms of noodles that are egg free and vegan. I guess technically, they would be called noodle substitutes if you wanted to go by the USDA.

These days, noodles, which have been a staple in Asian cuisines for centuries, come in many forms whether they are made from a variety of different flours or not. They can be a great alternative for gluten-free and potentially vegan menu offerings. 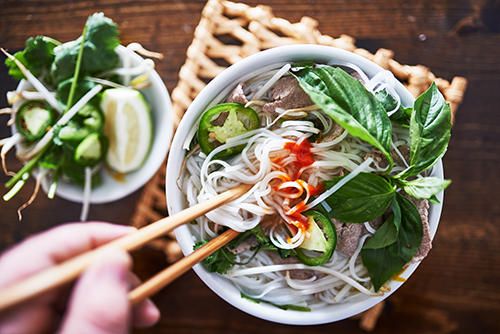 Rice noodles are made from what you expect from the name – rice. The principal ingredients are rice flour (white or brown) and water, making them ideal for gluten-free and vegan dishes. Sometimes tapioca or corn starch are added to improve the transparency or increase the gelatinous texture of the rice noodle, so be conscious if someone has a corn allergy.

Most commonly used in Asian cuisines (second most common rice product used in Asia, behind rice grains), rice noodles are available fresh, frozen, or dried, in various shapes and thicknesses. With a very mild taste, they are ideal for eating with flavored sautéed veggies or grilled lean meats. 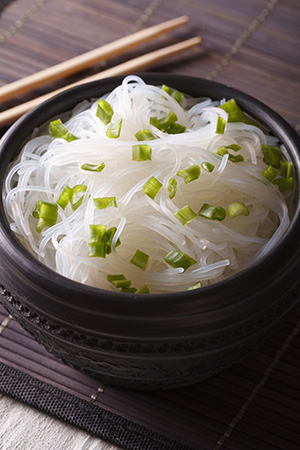 Also known as Chinese noodles, glass noodles, or cellophane noodles, mung bean noodles are transparent, dehydrated strands made from mung bean starch. The noodles are boiled to rehydrate, and then often added to Asian soups, spring rolls, and stir-fries.

More recently, black bean noodles have been entering the mainstream market. Just black beans made into noodles – no starches or other ingredients. They are praised for being high in anti-oxidants and have a growing following in the natural foods, vegetarian and vegan communities.

Chickpeas are also a great resource for alternative noodles. They are high protein, high fiber, easy to match with a variety of sauces and dishes. Plus, they’re gluten-free. Just note whether flour was added or whether they added lentils. 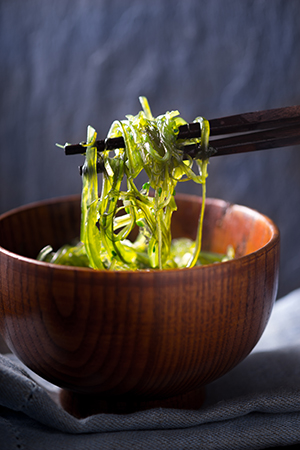 Traditional to Asian, Greek and Icelandic cuisines, kelp noodles are fast becoming a staple in gluten-free, vegan and paleo recipes. Made from edible seaweed, they can be eaten raw or cooked. 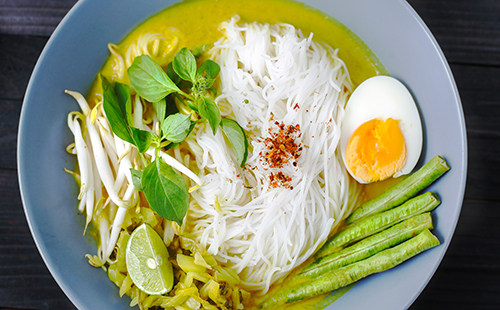 Shirataki noodles are thin, translucent, gelatinous traditional Japanese noodles made from the konjac yam (devil’s tongue yam or elephant yam).[1] The word “shirataki” means “white waterfall”, describing the appearance of these noodles. Largely composed of water and glucomannan, a water-soluble dietary fiber, they are very low in digestible carbohydrates and calories and have little flavor of their own.

Shirataki noodles can be found both in dry and soft “wet” forms in Asian markets and some supermarkets. When purchased wet, they are packaged in liquid. They normally have a shelf life of up to one year. Some brands may require rinsing or par-boiling as the water they are packaged in has an odor that may be unpleasant to those not accustomed to it. 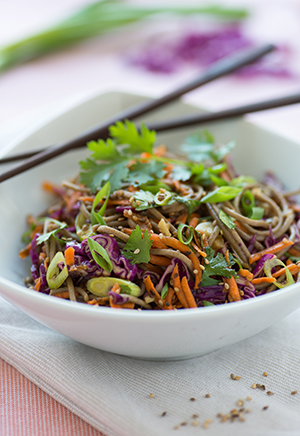 More often than not, soba is a noodle made from buckwheat flour. They contrast to thick wheat noodles, called udon. In Japan, the word can refer to any thin noodle. Soba noodles are served either chilled with a dipping sauce, or in hot broth as a noodle soup.

While the word wheat is in buckwheat, these noodles, if made strictly out of buckwheat, are gluten-free. Just be sure to review the label and any warnings. If uncertain, you might visit the brand website to find out about the wheat content.

Most of us have come across recipes at one time or another that involved spaghetti squash. There are many vegetables that can be spiralized or treated as noodle substitutes in one way or another. For just a few ideas, consider cucumbers, zucchini, daikon radishes, beets, carrots, parsnips, and sweet potatoes.

Check out this list of 31 recipes for alternative options.

If you’re ever in Atlanta, check out Chef Gloria’s pasta making classes at The Cook’s Warehouse.

Share with us how you’re going to celebrate #NationalEatYourNoodlesDay at twitter.com

For some fun facts about noodles, check out this list. 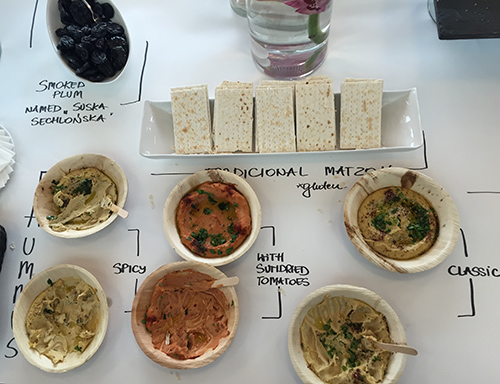