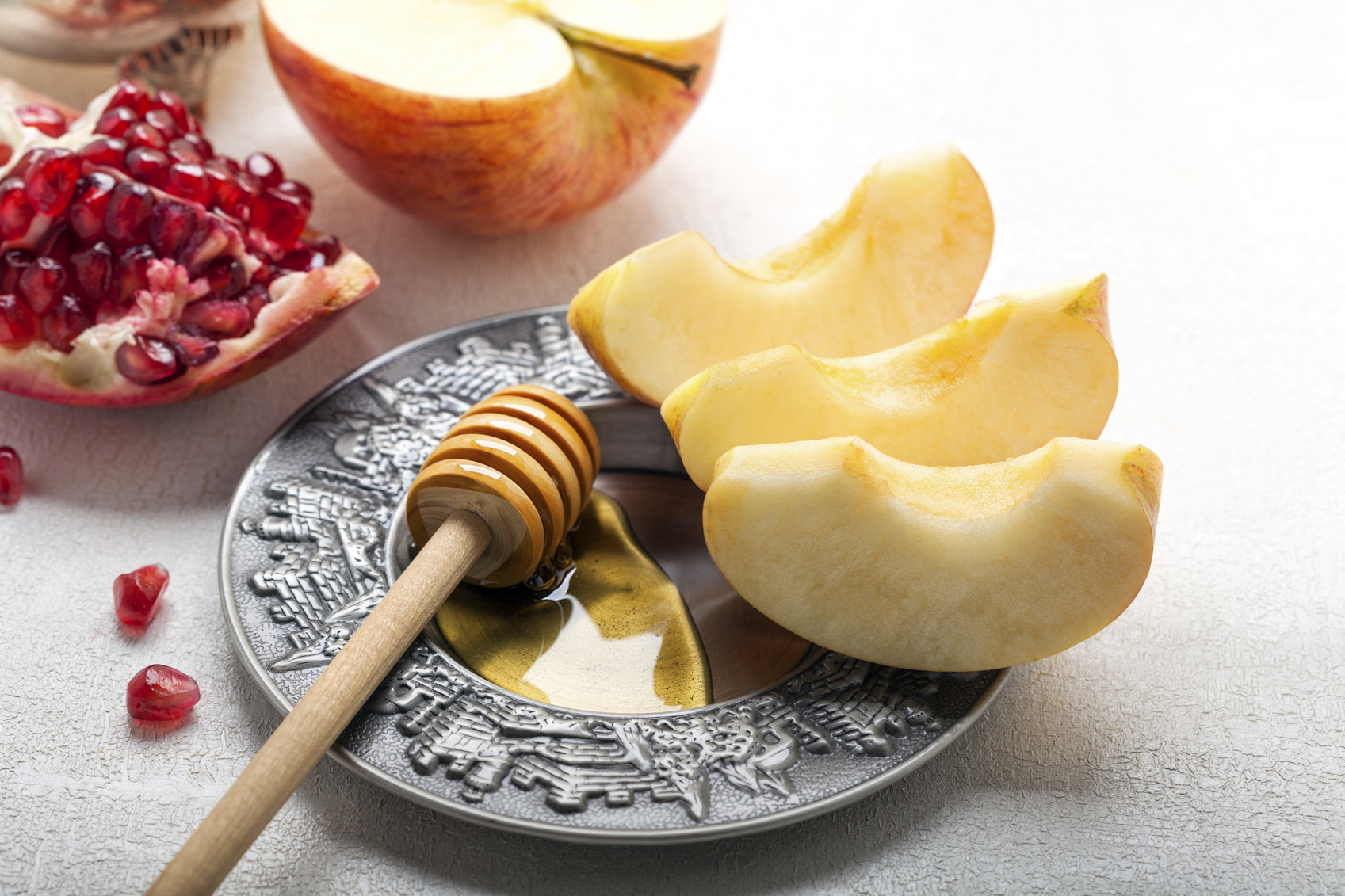 The holiday commemorates the world’s creation.  It marks the beginning of a ten-day period of introspection and repentance called the Days of Awe. Yom Kippur is known as the Day of Atonement and represents the end of the Days of Awe. Together, Rosh Hashanah and Yom Kippur are considered the two High Holy Days of the Jewish religion.

Some customs worth noting are that work is prohibited. Most of these two days are spent in synagogue. The Shofar, or hollowed out ram’s horn, is sounded as part of the observance. There is a ritualistic emptying of one’s pockets into water, Tashlikh, which is symbolic of casting off sins.

And of course, eating symbolic foods are a major part of this holiday. As a student of food culture, food rituals, religious and other dietary choices and restrictions, I find holidays involving food to be an important part of what I do.

Judaism has its dietary restrictions, such as prohibited pork and shellfish. Meat and dairy can’t be served at the same meal. All food must be Kosher, which is a process based upon the Torah.

Rosh Hashana has some beautiful symbolism around food consumption. Here are just a few for anyone that’s been wondering.

I may not be Jewish, but I find interest and beauty in understanding the symbols, rituals, cultural roots, and communal celebrations associated with many religious communities. If nothing else, as a meetings and events professional, it’s important that I respect the needs for Kosher food, specific meats to avoid, and prohibited food pairings. And specifically, during Rosh Hashanah, at least remember not to serve anything with nuts. That tiny effort two days a year will make your jewish guests feel welcome and included and in the end, that’s what our job is about.