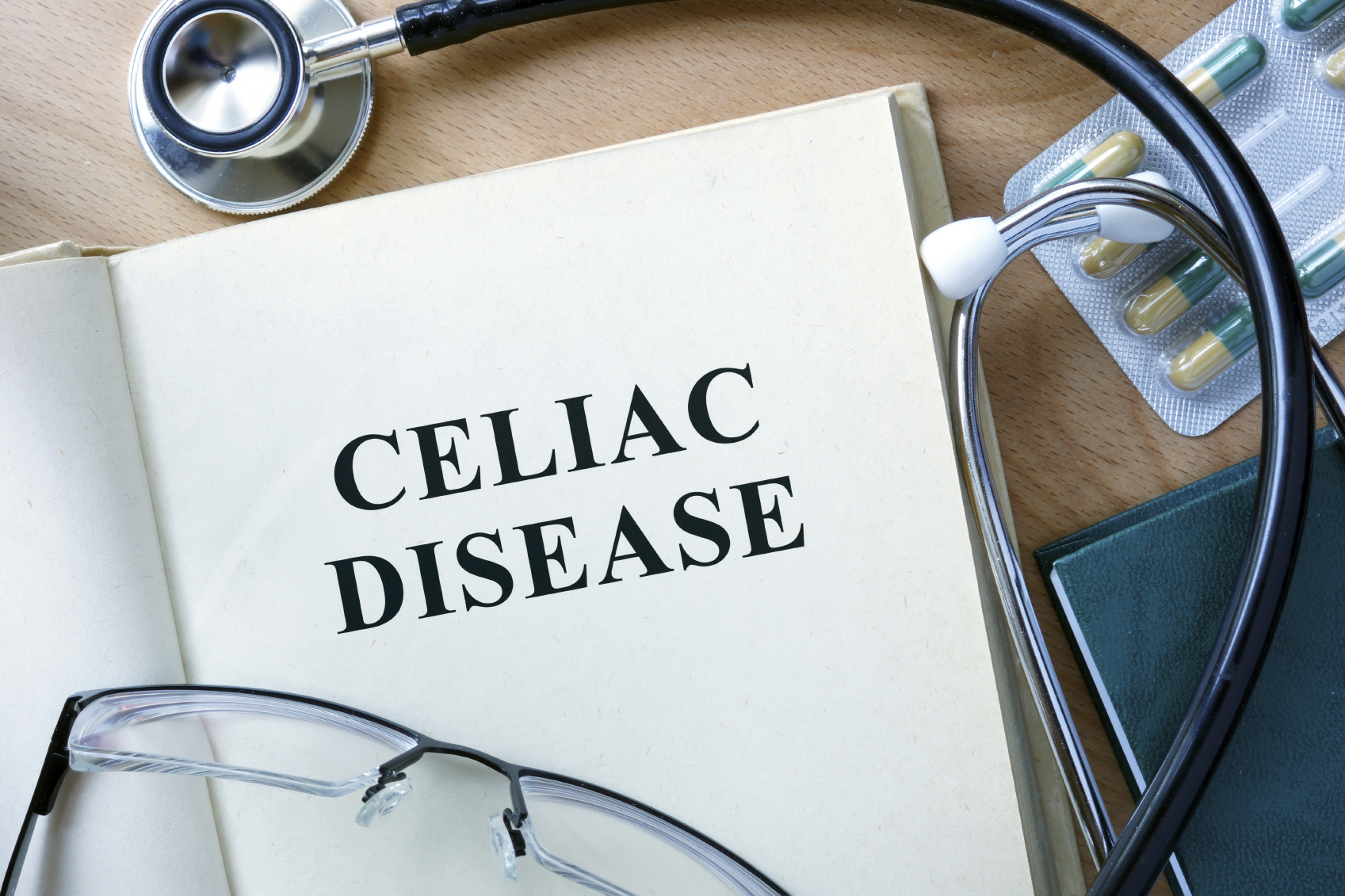 There has been an incredible public movement toward gluten free foods, gluten free recipes, and gluten-free options at restaurants. Yet, even with all this gluten-free talk, lifestyle changes, and diet restrictions, there are still myths that are very commonplace.

Not even close. Celiac Disease isn’t an allergy to gluten as many people often mistake. It is an actual autoimmune disorder where the ingestion of gluten (a protein found in wheat, rye, and barley) causes damage to the small intestine. An estimated 1 in every 100 people has celiac worldwide, and most are undiagnosed. Because this is an actual autoimmune disorder, a diagnosis will ensure opportunity for access to testing and any treatments to help prevent potential long-term health effects of celiac disease, such as Type 1 Diabetes, multiple sclerosis, epilepsy, intestinal cancer, and more. Those with Celiac Disease are not at risk of anaphylaxis. While there is no cure, maintaining a gluten-free diet is critical to avoid malnutrition and other results, such as the surgical removal of damaged intestines.

A food intolerance also called a non-allergic food hypersensitivity, is a difficulty digesting certain foods. A food intolerance is different from a food allergy. The biggest difference is that a food allergy triggers the immune system and symptoms occur immediately. The onset of food intolerance symptoms, on the other hand, take longer, typically several hours after ingestion. In some cases, symptoms may take 48 hours to emerge. While milk, for example, is the number one food allergy in the world, people who are lactose intolerant are not allergic to milk. Lactose intolerance means the person does not have enough lactase, an enzyme needed for milk digestion and the absorption of nutrients. A milk allergy will result in an immune system response while the response of a lactose intolerant person will be symptoms such as stomachache, bloating, diarrhea, and gas. Gluten intolerance is much the same. It is not an autoimmune disorder like Celiac Disease. It is not an allergy and will not result in anaphylaxis. Gluten intolerance is a food hypersensitivity that will result in symptoms such as stomachache, bloating, diarrhea, gas, and similar significant discomforts.

No, while the gastrointestinal tract is an important part of Celiac Disease, it is not the only way the body is affected. Whether given a crumb of bread or an entire loaf, the gastrointestinal tract will reject the foreign body. However, immune cells can also leave the gut and fight against the rest of the body in different ways. Malnutrition, anemia, fatigue, depression, anxiety, arthritis, seizures, and migraines are just a few of the ways Celiac Disease can manifest in adults. In some cases, Celiac will result in surgery to remove the affected small intestines and can lead to intestinal cancer, diabetes, thyroid disease and more.

Celiac Disease affects 1% of the US and Europe. Reports indicate .5% of the world is Celiac, and it is recognized as one of the most common inherited diseases. The ONLY treatment for Celiac is a strict gluten-free diet for life. A gluten-free diet means the gut can be allowed to recover and can reduce the likelihood of complications associated with untreated Celiac. See myth one for just a few of the harmful symptoms that can occur in adults. Also, Celiac Disease is also often accompanied by other conditions. It is common for Celiacs to develop Type 1 Diabetes, other autoimmune disorders, such as thyroid disease, osteoporosis, Down syndrome, Turner syndrome, and lymphoma. The complications of eating gluten or gluten contaminated food, the symptoms of going undiagnosed, and the other conditions that often accompany Celiac are all very serious.

[heading size=”24″]Myth 4: Testing for Celiac Should be Mandatory Because of its Prevalence[/heading]

Testing is easy, but should be limited to those with symptoms or a strong likelihood of Celiac Disease. There’s no need to incur costs when no symptoms are present, and there is no family history hinting at the presence of the Disease. For those who exhibit symptoms, the first test is just a blood test for antibodies. If it is positive, Celiac Disease is then confirmed with a small intestine biopsy. This test confirms tell-tale damage to the small intestine. For those with a family history or Celiac Disease, there is another option. If the patient has a first-degree relative with Celiac Disease, they can get a genetic test to look for the genes associated with Celiac Disease. All that’s needed is a cheek swab. There is a final option for those concerned about gluten on their body, but who tested negative for Celiac with all three other tests. If someone has allergic reactions to foods containing gluten hours after ingestion, such as itching or swelling in the mouth, headache, nasal congestion, or skin rash, skin prick allergy testing or additional blood tests should be considered. It is possible the person actually has an allergy to some gluten-containing foods, such as wheat, but does not have Celiac, which would cause a reaction to gluten.

Not only do those with Celiac need to carefully check labels and watch closely for cross-contamination, some damage in adults may never completely heal. That being said, there are naturally gluten-free foods, such as eggs, fruits, vegetables, milk, and meats. Some take it too far, labeling items as gluten-free, such as cosmetics and hair care. Gluten needs to be ingested to do harm, so lip-gloss, lipstick, toothpaste, and mouthwash can be gluten-free for certainty, other items are blatantly taking advantage of misinformation and widespread misunderstanding of Celiac Disease.

[heading size=”24″]Myth 6: If Someone Goes Gluten-Free and Feel Better, They Must be Celiac[/heading]

Nope. Not even close. For Celiacs, it can take months, even years to feel the affects of truly going gluten-free. For some, especially adults who have gone undiagnosed for years, there is often permanent damage and the effects of this will be ongoing. The only way to know whether someone has the autoimmune disorder is to carefully document their symptoms and get tested. Also, gluten can be found in strange and unexpected foods and ingredients, such as salad dressing, sauces, and seasonings. Only working with your physician for regular follow-up visits, and consulting an experienced nutrition expert who understands the difference between celiac disease, intolerance, and allergies, will help one reach a strict, but healthy gluten-free diet. While there are an increasing number of gluten-free products available, most are not adequately fortified with nutrients and often contain high amounts of sugar, flavorings, and other additives to offset the lack of gluten, wheat, and/or grain.

In addition, recent research is finding that a balanced diet includes wheat and grains. Even though the only medical condition that requires a gluten-free diet is Celiac Disease and 1% of the population has Celiac Disease, 21% of Americans are currently eating gluten-free, according to a 2015 July Gallup poll. People who attempt a gluten-free diet, especially in children, but who do not suffer from Celiac Disease, can find themselves beholden to other deficiencies. Those who eliminate wheat because they suspect an intolerance or Celiac Disease are at risk of vitamin B, iron, fiber, folic acid, and calcium deficiency. Low bone density, osteoporosis, and unhealthy weight loss are also concerns. Also, people who eat whole grains are less likely to be overweight, develop diabetes, heart disease, and many cancers.