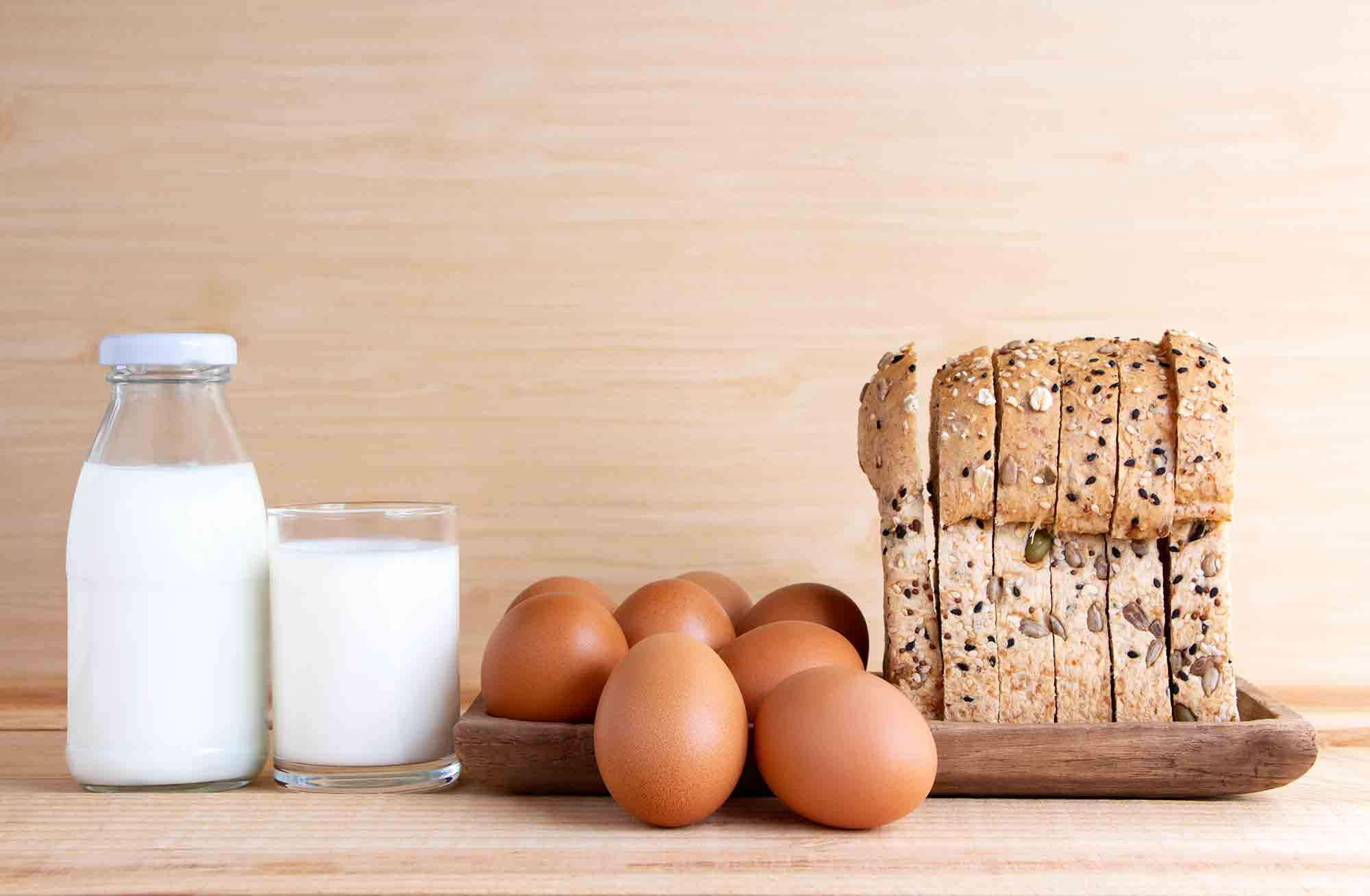 A Closer Look at Wheat, Milk and Egg Allergies

In Monday’s post “10 Things Meeting Professionals Need to Know About Food Allergies” I mentioned that wheat, eggs and milk are three of the top eight foods that cause 90 percent of all allergic reactions in people worldwide.

As part of my continuing recognition of Food Allergy Awareness Week (May 11-18), I’m going to provide a closer look at wheat, egg and milk allergies and where they are found in meeting menus.

So many foods these days are made with wheat, egg and/or milk that allergic individuals should pay close attention to the ingredients of just about everything they eat.

Reactions from ingesting, inhaling or touching them can range from mild—such as hives, itching, and swelling—to severe, with wheezing, difficulty breathing and even anaphylaxis, a sometimes fatal reaction that can come on quickly.

Some foods that contain these allergens are obvious, like pizza. But others, like baked goods and candy, may not be so obvious. So what’s a meeting planner to do? Read on to find out. 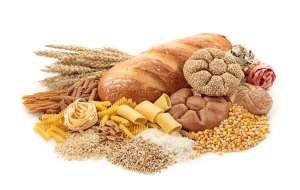 Wheat the principal cereal grain grown in the United States, can be found in a variety of products, not just food. This article in Huffington Post last year talks about five unexpected sources of gluten (wheat), one of four proteins found in wheat, that aren’t food.

Most everyone knows wheat is used in breads, cakes, breakfast cereals, pasta and crackers. But did you know that wheat, or ingredients derived from wheat, such as wheat germ oil and gluten, also sneak their way into beer, soy sauce, ketchup, shampoos, make-up, lotion, soap, sunscreen and even medicine?

Sometimes a wheat allergy may be confused with gluten intolerance or celiac disease, but the causes and symptoms are different. A wheat allergy is an overreaction of the immune system to one or all of the food proteins found in wheat. Gluten intolerance and celiac disease are caused by an immune system overreaction, specifically to gluten, one of proteins in wheat (as well as rye and barley), localized to the small intestine.

Although not immediately life-threatening like an allergy, gluten intolerance and celiac disease can cause serious complications, including malnutrition and intestinal damage, and leave a person debilitated for days or weeks. 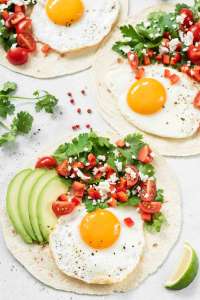 Did you know that approximately 75 billion eggs are produced in the United States (10% of the world’s supply) each year?

That’s six billion eggs per month, used by consumers (60%), prepared by the foodservice industry (9%) or turned into egg products (21%) used to make foods like cake mixes and mayonnaise that foodservice operators use to create meals we eat in restaurants, hotels and convention centers.

Ironically, as noted above, that little, ubiquitous egg also happens to be one of the eight most common food allergens, affecting more than 600,000 Americans.

While the white of an egg contains the allergenic proteins, event participants with an egg allergy must strictly avoid all eggs and egg products, including the yolks. That’s because it is nearly impossible to separate the egg white completely from the yolk, making the risk of cross-contact huge.

Research shows that about 70 percent of egg-allergic individuals outgrow the allergy by age 16, but a lifelong allergy is not uncommon.

Most people know eggs are contained in baked goods such as cakes and muffins, but they may not realize they are also in foods such as canned soups, salad dressings, ice cream, and meat-based dishes like meatballs and meatloaf. Unfortunately, some commercial egg substitutes contain egg protein as well.

An allergy to cow’s milk is the most common food allergy in infants and young children. While most children outgrow the allergen by age 10, sometimes it can be lifelong.

Milk allergy should not be confused with lactose intolerance. 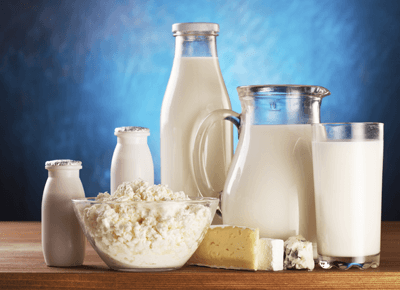 Unlike food allergies, food intolerances do not involve the immune system. Event participants who are lactose intolerant are missing the enzyme lactase, which breaks down lactose, a sugar found in milk. And because of this, they are unable to digest milk and other dairy products and may experience nausea, cramps, gas, bloating and diarrhea. While lactose intolerance can cause great discomfort, it is not life-threatening.

In summary, because wheat, milk and eggs are used in a lot of pre-packaged and processed foods, vigilant label-reading is imperative as well as asking chefs about ingredients and preparation methods before serving to these guests with wheat, milk and egg allergies.

For an listing of typical catering menu items that may contain wheat, milk and eggs, click here. Please note that the list is not exhaustive; rather, it highlights examples of where wheat, milk and eggs are most commonly found or have been unexpectedly found. Neither does it imply that wheat, milk and eggs are always present in these foods—a chef or manufacturer may be proactive and creative, using alternative ingredients—but it serves as a reminder to talk with your catering partners about ingredients before serving an item to your food allergic attendees.

Visit the FARE Action Center and click on the Build Congressional Awareness Resolution action item to contact your representative. Urge them to cosponsor the Congressional resolution by Congressmen Steve Israel (NY) and Michael McCaul (TX) to recognize Food Allergy Awareness Week. The text of the resolution is available here.

Again Here’s what I’ll be sharing this week.

Tuesday — A Closer Look at Wheat Milk and Egg Allergens

Wednesday — 5 Ways to Advocate for Your Food Allergic Event Participants

Thursday — A Closer Look at Tree Nut and Peanut Allergens

Saturday — A Closer Look at Soy, Shellfish and Fish Allergens 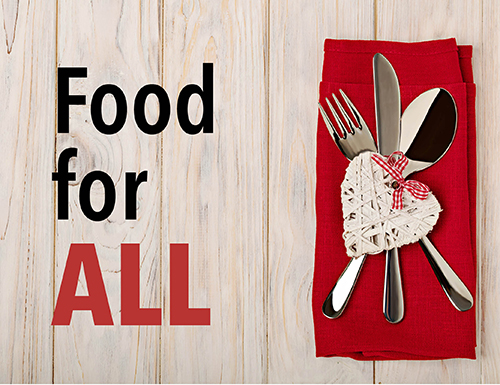 Food For Everyone: Feasts & Fasts