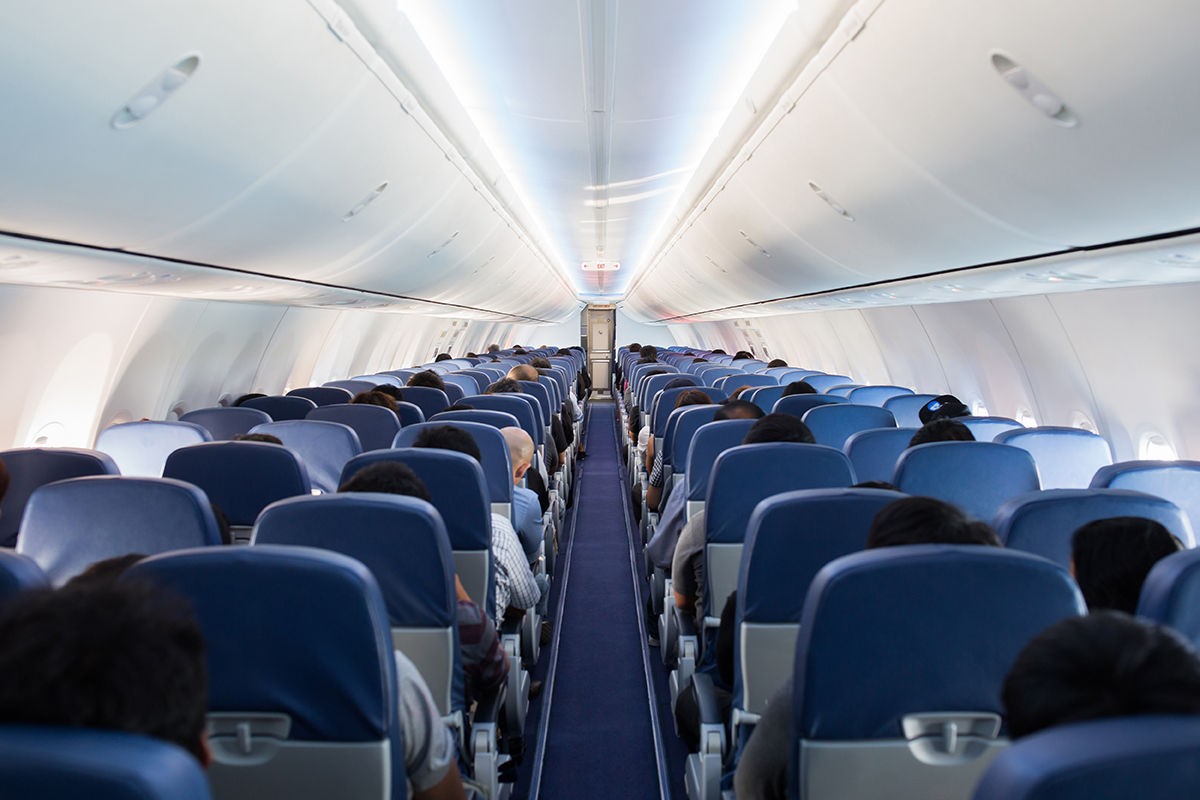 After a ridiculously awful experience her peanut-allergic young son had with an airline, Lianne Mandelbaum went on a mission to make the skies more accommodating for those with food allergies. 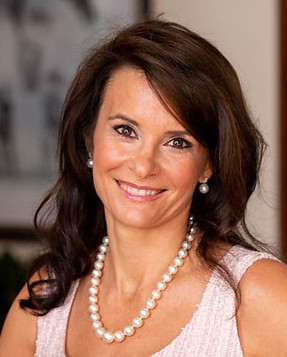 “If you think he’s going to die, just don’t get on the plane.” Can you even imagine an airline manager responding with these callous words to a mother’s request that the airline announce that someone with severe peanut allergies — her young son — would be on board? In front of said son, no less, who was then terror-stricken at the thought that he might die if he got on the plane?

Unbelievably, that’s what happened to Lianne Mandelbaum eight years ago. It started when, after learning her son had a potentially fatal peanut allergy, some kids started throwing peanuts around the departure lounge. While her family could move away from the bullying children (and their parents, who did nothing to stop the abuse) while in the lounge, they would not have that luxury once on board.

So she nicely asked at the airline desk if they would make an announcement that there would be someone on board to whom exposure to peanuts could cause anaphylactic shock. The crew declined to make the announcement. She took her request to customer service, who told her it was not a customer service issue. And when she finally hit the top of the food chain, well, you already know what that person told her.

“When I got home, I decided that they hadn’t heard the last of me,” she says. She contacted Food Allergy Research & Education (FARE) to gauge their interest in joining her in filing a complaint. FARE was in the midst of another battle at the time — getting access to epinephrine in schools — and didn’t have the bandwidth to start a new front, but national food allergy expert and consultant Jen Jobrack walked her through what she needed to know to file a complaint on her own. “She was very, very empowering,” Lianne says.

In no time, Lianne launched nonuttraveler.com to collect air travel stories, good and bad, from others with food-allergies. After collecting and sharing these stories for a few years now, she says, “The only thing that’s consistent about trying to fly with food allergies is inconsistency.” But you still can draw some conclusions when one airline gets more positive testimonials than others and learn from others’ experiences what may or may not help get the accommodations people like her son need to safely fly.

The world is changing, and the number of people with food allergies is growing, she says. “I would love to ask people in advance to not bring that peanut butter sandwich on our specific flight. Wouldn’t it be great if someone developed an app that allowed you to notify other passengers that someone with a food allergy would be on the flight?”

Unless and until that happens, she says, “I would think airlines would want to start looking at food choices that would accommodate a wide variety of people. Why not offer a variety of snacks, not just peanuts? Why is having a specific snack more important than someone’s health?”

You have been a powerful force from the get-go, with articles in The New York Times and The Huffington Post, among others. How do you do it?

Some of it is luck, and some is hard work. For example, I read an article on Yahoo that just made me incensed: It said that one of the top 100 reasons flying sucks is, and I quote, “that asshole kid with peanut allergies.” I got on Twitter and posted that I couldn’t believe someone in the mainstream media would call a kid with a peanut allergy that name. Someone replied that he would only believe it if they also said the kid had celiac disease. I said, well, my son could die from a peanut allergy, and he replied that his child has celiac disease and that he thought at a glance I was trying to be funny. It turns out he was one of the editors at The Huffington Post and he then asked me to write a piece about it.

What has been your biggest obstacle to the work you’re doing?

The biggest obstacle is the institutional inertia of the airlines, is the reluctance to do anything. One airline actually used to have a written policy that prohibited someone with nut allergies from pre-boarding to clean traces of the allergen from their seat area. They didn’t want to have to accommodate anyone with food allergies, so they didn’t.

“The only thing that’s consistent about trying to fly with food allergies is inconsistency.”

Also, did you know that the Federal Aviation Administration gives the airlines an exemption to the requirement to carry epinephrine in their onboard emergency kits? We only found out about it when an airline was cited for not filing the right paperwork to get the exemption and was fined for flying without epinephrine. They filed the correct paperwork and now are exempt again. And that’s just for vials, not even the auto-injectors, so it’s exempting them from the bare minimum, though some airlines do voluntarily carry it. Voluntary is nice, but then they could just decide to stop carrying it voluntarily and we’d never know.

What has been your biggest joy?

My greatest joy has been the other advocates I have met and the partnerships we have formed. For example, I met [civil rights attorney for people with food allergies] Mary Vargas at a food allergy conference. She said that the airline that wouldn’t allow pre-boarding may have been in violation of the Air Carrier Access Act. We went to FARE and asked them to file a complaint on behalf of food allergic passengers, which they did. And now people with food allergies have the right to pre-board.

That was such a joyous day!

What should people know about food allergies and air travel that they most likely do not?

We really don’t have solid data on even the incidences of allergic reactions on flights. Many people have told me they don’t even tell the flight attendant — they just go into the bathroom, inject themselves, and come back out. They don’t want to draw attention to themselves.

And if someone does go into anaphylaxis, an ambulance meets the plane as soon as it lands, and the person is loaded in on the spot. The incident may not be recorded as an air emergency because the person was taken care of once on the ground, and if the person dies, that’s not recorded as an air-related death. There are a number of ways the data gets skewed.

What words of wisdom did the women in your family share with you?

Never give up. My mom, who was a champion field hockey player in South Africa, has had numerous orthopedic surgeries. They basically told her she wouldn’t walk again. But now, not only does she walk, she teaches yoga. She imbued that sense of just looking at what needs to be done and doing it in both my sister and me.

What advice would you give young women just starting out in advocacy work?

Don’t think that just because you are one person, you can’t affect change. You can. However, while you can affect change by yourself, it’s so much better when you have a network to help. Find your tribe. Help comes from the most unexpected places, so never turn down a meeting or a chance to connect, like I did on Twitter with that editor. Talk with everybody, connect with everybody.

Also, don’t feel limited by your skill set. Before I started this work, I never wrote a thing in my life. Now I’ve published more than 40 pieces. I never went on TV or did a podcast — until I did. Don’t be afraid to try and fail, because you can find success even in your failures.

Do you have any female role models?

Mary Vargas is a huge role model for me, and Gwen Smith, founder and editor of Allergic Living. And Jen Jobrack, who was my first inspiration.

What suggestions do you have for people like your son who have to learn to advocate for themselves once they reach adulthood? 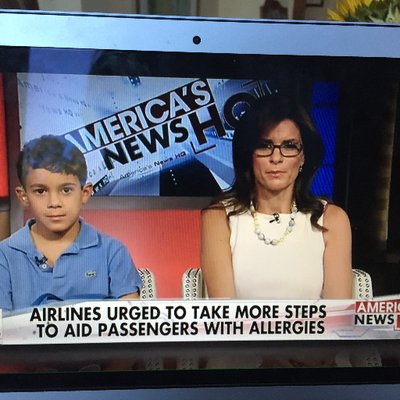 They have to move past the embarrassment and anxiety and talk about it. Their caregivers have to educate others, but also put the power in their hands. And start educating them when they’re young by modeling the behavior. Show them how to wipe down the seat area on a plane, and how to talk to the flight attendant about it.

But really, we need to have policies we can point to, because it only gets harder to advocate when you’re an adult. No one wants to harm a cute kid, but adults don’t get the same leeway. I fast-forward in my head to my son as an adult all the time, and it makes me work harder to get policies in place that will protect him because I won’t always be there.

If you could invite anyone in the world over for dinner, who would you invite?

I would invite Sean Connery just so I could listen to his voice.

Where to find Lianne 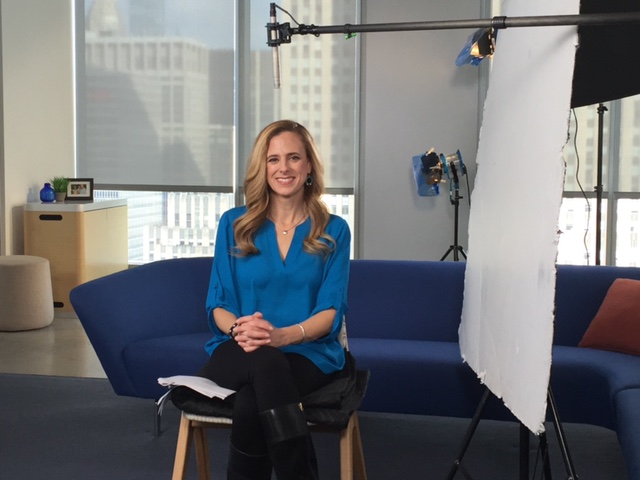