The meetings industry has come a long way in understanding the importance of identifying allergens at group meals. Labeling buffet items and identifying ingredients in menus is pretty much standard procedure for hotels and caterers. In the consumer sector, this progress started in 2004 with the Food Allergen Labeling and Consumer Protection Act. The legislation required manufacturers to identify if their prepackaged foods contained one of the eight major allergens in the U.S. – milk, eggs, fish, shellfish, peanuts, wheat, soybeans and tree nuts. At the time, these accounted for 90 percent of U.S. allergens.

Eleven years later, a new bill was introduced to add sesame to the list. While this Food Labeling Modernization Act of 2015 did not pass, there is currently a renewed interest by the U.S. Food and Drug Administration to identify sesame as an allergen in foods. In October of last year, FDA Commissioner Scott Gottlieb, M.D., issued a request for information to learn more about the widespread presence and severity of sesame allergies in the U.S., and to understand the prevalence of sesame in foods sold in this country.

As it stands currently, sesame does not have to be called out separately on a label. It can be listed in a nebulous group of “spices” or “natural flavoring.” If a product contains tahini – a paste made from sesame seeds – manufacturers are not required to add the phrase “contains sesame.” Considering that an estimated 500,000 Americans suffer from a sesame allergy, it’s important to list the ingredient separately on prepackaged foods as well as on group menus.

The good news is that the FDA has made strides to identify allergens overall. The FDA’s Center for Food Safety and Applied Nutrition developed a technology to detect the major food allergens, with the exception of fish, in only six hours. According to Commissioner Gottlieb, this xMAP Food Allergen Detection Assay is being used to detect the presence of food allergens resulting from cross-contact during manufacturing.

Gottlieb states that before the adoption of this technology, it took FDA researchers much longer to test mislabeled foods suspected of causing an allergic reaction.

“I’m pleased to announce that the agency’s researchers are now working to expand this assay to include sesame. This will help us better detect and track allergic reactions that may be caused by undeclared sesame.”

For our part, planners can make a separate request to understand if hotel menu items contain sesame, and add this dietary restriction choice to our registration systems. 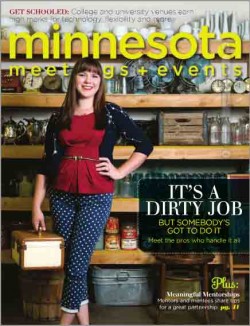